Game On: Circulating Video Games at the Library 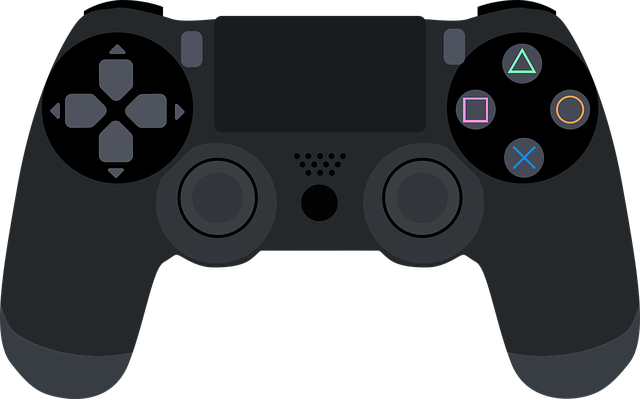 Several years ago, it occurred to library assistant, Tiffany Nacion, that it would be terrific if people check out video games from the library, just like they might for a DVD or music CD. An avid gamer herself, Tiffany was often curious to try a new video game, but was frequently daunted by the high price tag on individual games. It was hard to justify spending the money for a new game unless you already knew you enjoyed playing it. With this idea in mind, Tiffany pitched her idea of a video games collection to Library Trustees during its call for funding initiatives. Although her proposal wasn’t funded the first time around, the trustees encouraged her to try again. A year later, Tiffany re-applied and got funding for the Burlingame Public Library (BPL)’s first video game collection.

“I think the timing was there the second time around,” Tiffany explained. More public libraries were starting to circulate non-traditional library materials (e.g. mobile hotspots, toys, safety kits, etc.) With a growing gaming market and greater cultural acceptance of video games, it appeared to be an opportune time to experiment with the idea.

The initial budget to start the collection was small ($1,000), but these constraints helped keep the project manageable especially in the beginning. Tiffany started out by accepting donations of video games in good condition, but also purchasing a number of new games for the major platforms in use, including Playstation, XBox, and Nintendo Switch. She also solicited input from local video game players to help determine which games to add to the collection.

“A big part of the initial rollout of the collection was putting together justification for the purpose of the collection. We wanted to have research to back up the value and benefits of gaming beyond just the enjoyment factor, especially if we received any kind of skepticism or pushback from parents or other community members,” explained Tiffany.

Another part of the initial setup was figuring out the practical and logistical details about the circulation of the new collection. What kinds of circulation rules to apply to the video games? How long were loan periods and were items renewable? Should circulation be restricted to BPL patrons only, or would patrons within the library consortia also have video game borrowing privileges? Additionally, staff had to consider loss prevention and security of the collection. The library decided to lend video games consortia-wide; circulate games for three week periods with no renewals, and keep just the cases on the shelves with the game discs behind circulation for added security.

Marketing for the new program was minimal. “We purposely kept marketing (print and social media) efforts minimal in the beginning as we gauged community reception”, said Tiffany. For the soft-launch, BPL held a small community game night event to gain awareness and excitement about the new collection. Otherwise, BPL has mainly relied on displays and word of mouth to spread the word.

Feedback to video game circulation has been overwhelmingly positive. Through surveys and anecdotal feedback, community members have appreciated having access to hard-to-find or expensive games. Many also appreciate getting the chance to “test-drive” new games before making purchasing decisions. For others, the games bring back nostalgia of playing childhood video games, and it has been an enjoyable outlet for adult gamers to play or revisit the joys of gaming with their children.

There have been some hiccups with video game circulation. Initially, patrons were limited to one video game per person, but BPL noticed that savvy patrons found ways around this with creating multiple holds. BPL discovered it had to let go of this circulation limitation. Another challenge was a lack of control over security measures at other libraries in the consortium. Other libraries did not necessarily follow the same security precautions by keeping video game holds behind the circulation desk. Yet despite having the lack of security enforcement, loss has been minimal with a single game theft.

After about a year into the program, Tiffany is pleased to see its success beyond the initial grant. The collection has seen a slow, but steady growth in circulation numbers. In the coming year, Tiffany hopes to grow the program with a marketing push on social media and other communication channels, as well as displays combining games with related books or other items in the collection related to gaming. BPL is also looking into expanding the collection by circulating gaming consoles. (Yes, that may even mean bringing new life into the Atari 64 sitting in a garage!) While time is always a limiting factor in sustaining and growing the video game collection, Tiffany is optimistic that  the slow and steady growth of the program combined with community enthusiasm and interest will continue to have patrons gaming for more.

Are you circulating video games or other non-traditional library materials at your library? I’d love to hear about your experience in the comments.