Lessons from a Wee Visit to a Scottish Library

The University of Glasgow, photo taken by Chris Eaker

Earlier this week, Joanna wrote about her experience at a small library in Florence, Italy. Last week, my wife and I travelled to Scotland. Our home base was Glasgow, but we made day trips to other places, such as the Isle of Skye, Oban, Inverness, and Edinburgh. Scotland is a beautiful country in both its landscape and the friendliness of its people. And Glasgow is a working city, not a tourist city like Edinburgh, so it’s unpretentious and fun. For the most part, it was a vacation, but it also served to strengthen my library and information science education.

Ever since I decided to enter an LIS graduate program, my wife and I have visited university libraries everywhere we travel. We’ve been to libraries all across this country from South Carolina to Kansas to California. So when we decided to go to Scotland, we said, “It wouldn’t be a vacation if we didn’t visit a university library.” So we ended up visiting the University of Glasgow library. The University of Glasgow was founded in 1451. It amazes me to hear that since our country wouldn’t even be founded for over 300 years after this library was started. It was a beautiful campus buzzing with students — all holding umbrellas to keep dry in Glasgow’s notoriously wet weather. The most educational part of visiting Glasgow’s library was seeing its classification system. As we explored the stacks, I didn’t recognize the classification system. It was one or two letters followed by three or four numbers, plus a Cutter number. It looked like the Library of Congress Classification system, but I thought that was unlikely. I knew it wasn’t LCC when I realized the letters spanned the alphabet even within one topic, such as music. So I inquired at the circulation desk. The student working the desk didn’t know, so she asked someone else. That person didn’t know, so they both asked a third person. Finally, someone figured it out — it’s a customized, home grown classification system for just that library. I knew that libraries had home grown classification systems a long time ago, but didn’t know it still happened. It was interesting to see and get outside of my Library of Congress/Dewey Decimal world here in the states. 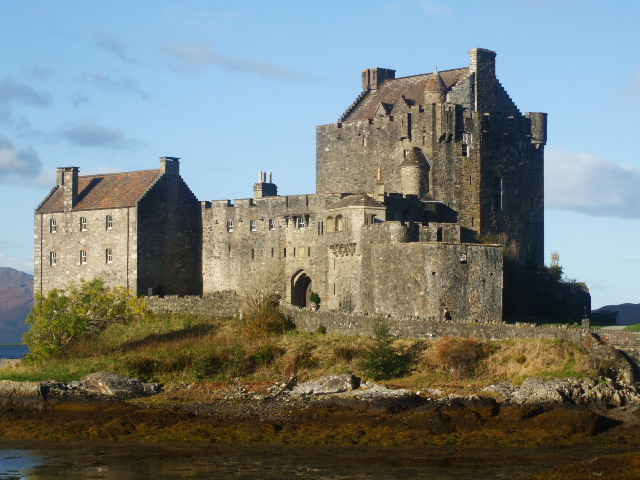 Another thing I have always tried to do when I visit other universities is make contact with someone there who is doing data curation and try to set up a meeting with them to learn what they’re doing at their library. I did the same thing in Glasgow, but instead of meeting with someone within the library, I met with some people from the Digital Curation Centre (DCC), a partnership among the Universities of Glasgow, Edinburgh, and Bath. Here in the states, if you’re into data curation, you read many of the publications put out by the DCC, which are extensive and comprehensive. We develop a perception that they are way ahead of us in the UK regarding data curation. But in talking to the DCC representatives, it became clear that while the DCC is publishing lots of guidance documents, the data curation landscape is not much different than here in the US. Researchers and libraries are still trying to wrap their heads around what it all means. They said they think the US is ahead of the UK in offering services to researchers on university campuses. They said in the UK, they are just beginning to engage the university stakeholders in developing services. It was encouraging to see that we aren’t far behind, after all.

The lessons I took away from these meetings and encounters are two-fold:

What experiences have you had that opened your mind within your library and information science education?