I am pleased and honored to present the first three of our new writers: Rose L. Chou, Ashley Wescott and Teresa Silva. We are very excited about their contributions and unique points of view, so please help me in welcoming them. 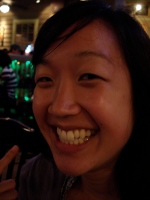 Rose L. Chou is nearly halfway through the program at San Jose State University, where she is focusing on archives.  Originally from Greenville, SC, Rose lives in the Washington, DC area and works as a Circulation Specialist at the American University Library.  LIS interests include archives of color, archival reference, digital preservation, and diversity.  Non-LIS interests include pop culture and social enterprise.  Rose tweets as @roselovecand blogs at anthroarchivist. 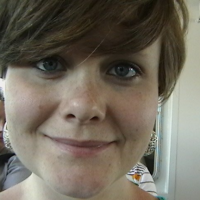 Ashley Wescott is currently earning an MLIS from the University of North Texas online. She is interested in youth services and library advocacy. Ashley works as a children’s services associate at a Chicagoland library, and as a research analyst for a marketing consulting firm. Her spare time is spent discovering great books, walking my rat terrier and seeing plays with her husband. Follow her on Twitter as@2thelibrary.

Teresa Silva is currently packing up her belongings and getting ready for her cross county move from the west coast to the east coast, to start her first year at the Pratt Institute School of Information and Library Science in New York City. She received her bachelor’s degree from the University of California Berkeley in Ethnic Studies. It was while attending college and working at the university libraries that she became drawn to the library and information science field. Teresa is interested in learning the ins and outs of becoming an information professional, in particular museum librarianship and archiving. She looks forward to learning more about the challenges that confront LIS students and writing about them. She’ll be documenting her life as a student once again and living and new city on her blog. Follow her (brand new!) Twitter account @bibliotree.

Here at HackLibSchool HQ we’re always trying to stay ahead of the curve, providing good, thoughtful writing on issues and ideas related to our growth as information professionals. As you may know, this fall will be the beginning of our first official full school year as a blog. Semester one, this past spring (‘Best of’ here), and this summer (recap coming soon) have been extraordinarily exciting for the writing team. I’d like to briefly recount the past, present and future of this here blog, for those who have been readers since the beginning, but especially for those who will be starting graduate school this term.

Somewhere in the midst of the whirlwind, the original 6 of us graduated. Julia, Heidi, Britt, Lauren and Nicole and myself (Micah) have invested much in this project, and spent many late, long nights writing posts when we should have been writing papers because this mattered and we wanted it to be a great resource for our fellow students and colleagues. So, how do we handle the whole “graduation” thing for a blog focused around being in school?

Simple – we recruit new writers!! The OG HackLibSchoolers will stay on as Editors, serving as mentors to our newer writers, and generally supporting the continued development of this blog as long as we feel connected to it. Expect a post here and there from The Alumni, but the majority of the writing will be done by our stellar writing team, including some new faces.